Watch a glorious sunrise from your spacious accommodation at the exclusive five star Beresheet Hotel located on the rim of Israel's Mitzpe Ramon crater. Take a dip in the infinity swimming pool perched on the edge of the crater and rejuvenate yourself with a relaxing spa treatment which will further enhance this extraordinary experience!
No comments:

Escape from the hustle and bustle of city life to the wine country of the Judean Hills and treat yourself to an incredible five star resort & spa experience at CRAMIM, located only 15 minutes from Jerusalem. Indulge in a unique vinotherapy treatment, sample the wine bar's delicious locally produced wines and breath in the region's pure mountain air from the balcony of your spacious room!

Located in the heart of Jerusalem, the five star Inbal Hotel within walking distance to the Old City will cater to your travel needs. Choose from it's executive rooms, spacious suites or family units that will accommodate up to 6 persons. The property's state-of-the-art facilities & large swimming pool open year round, will insure a perfect & relaxing experience!
1 comment:

Envision yourself in Jerusalem's centrally located, five star Mamilla Hotel with it's understated elegant decor.  Highlights of the property are the holistic spa, indoor swimming pool, vegan cafe & rooftop restaurant with a spectacular view of the Old City!

Experience the newest 5 star hotel in Jerusalem with Susan Loves Israel and see why this luxurious property has recently received the #1 hotel ranking in the Middle East from Conde Nast Traveler Readers.
No comments:

Allow Susan Loves Israel to show you why the King David is the hotel of choice for celebrities and world leaders when staying in Jerusalem. History, tradition and elegance--the King David Hotel has it all!
No comments:

Jeep Tour in the Ramon Crater

Israel is Beyond Belief

The ancient Herodian port city of Caesarea on Israel

Ancient ruins sit next to some of Israel’s most impressive modern residences at Caesarea. The ancient Herodian port city of Caesarea, located on Israel’s Mediterranean Coast about half way between Tel Aviv and Haifa has recently been restored to create one of Israel’s most attractive and fascinating archaeological sites. The restored Caesarea amphitheater hosts modern-day concerts during the summer months, whilst the Old City has a range of boutiques and restaurants. The new town of Caesarea is a luxurious neighborhood of villas, whose beach, the Caesarea Aqueduct Beach is one of Israel’s most impressive.

Caesarea National Park is one of, if not Israel’s, most impressive archaeological site. The beautifully restored harbor here was built by King Herod and is a work of engineering marvel. The site is a fascinating place to explore and the museum includes a great multimedia explanation of the history of the port. Within the park is the Caesarea Amphitheater, also restored, which during the summer regularly hosts concerts of both local, and international acts. The Harbor Beach is located within the Park although you can enter separately and is totally unique in its setting, with superb facilities. The Park is also home to a unique museum, the world’s only underwater museum where you are able to dive through the underwater ruins of this ancient city.

Outside the national park, in the modern day neighborhood of Caesarea is the Aqueduct Beach one of the most breathtaking beaches imaginable. With an ancient aqueduct marking the edge of the beach the breathtaking approach is even more stunning up close. There is no lifeguard here so bathing is not strictly allowed although it does get busy on summer weekends, but the site is worlds away from the beaches further south with a more rural surrounding and breathtaking archaeological features.

Caesarea also hosts the Ralli Museum, one of four museums around the world funded by philanthropist Harry Recanti. The two galleries at Caesarea focus on Latin American and Sephardic Jewish artwork. The museum is free to enter and has some fantastic pieces so if you’re in the area, and can't resist the urge to see some art, this is the place to go. Nearby is Caesarea Golf Club which is Israel’s only full size golf course. Recently reconstructed by renowned designer Pete Dye, this course plays host, every four years to the Maccabi Games, the Jewish Olympics.

All this is exploring is likely to get your appetite going, and there are some brilliant restaurants in Caesarea at the Harbor. They vary in price although most are pretty good and serve seafood at an awesome location overlooking the Mediterranean.

As of the world’s oldest ports, Jaffa is thought to have been the port from which Jonah left in the story of the Whale!

Jaffa (also known as Yafo) is the ancient port city out of which Tel Aviv has now grown. Jaffa has, in recent years, like much of South Tel Aviv, been regenerated with the old narrow streets and courtyards becoming a another highly desirable part of Tel Aviv’s urban tapestry. Jaffa flea market is a well known attraction of the area, with vendors selling a diverse range of interesting and unique products. Meanwhile the narrow passageways and ancient buildings in the Old City of Jaffa are worlds away from modern Tel Aviv.

The history of Jaffa is a long one. As of the world’s oldest ports, Jaffa is thought to have been the port from which Jonah left in the story of the Whale! The port continued to be important through history, and served as the main entry point to the land of Israel through until the late 19th century when Jews from around the world began to return to Israel. It was through Jaffa that they entered the country and in Jaffa that many initially settled. The huge population increase led to overcrowding, and tense relations developed between the Jewish and Arab residents of the city. The result was that Jews began building outside of Jaffa, firstly neighborhoods such as Neve Tzedek, and later the city of Tel Aviv.

As Tel Aviv developed, Jaffa decayed. By the 1940′s Tel Aviv was so much larger than Jaffa, then dominantly Arab as most Jews had moved out, that it was made into a neighborhood of Tel Aviv to create the offical title of the city of Tel Aviv-Yafo. The decay continued until the municipality created a Development Organization to oversee the restoration of Jaffa, which continues today.

There are lots of great things to see in Jaffa. Since its restoration, it has become a popular tourist attraction, with people visiting it as a part of Tel Aviv, and as a city of interest on its own. Jaffa is a real melting pot with Jewish and Arab populations living and breathing the same closely-packed air. It always feels like Jaffa is in a constant state of flux as people rush about on their daily business. The Flea Market is a key site, and the sites, sounds, and smells of the small alleyways and streets which make up this city are lined with artists galleries and studios, as well as boutique and craft shops. Jaffa also has some unique and interesting restaurants. The Jaffa Harbor is currently being excavated, and is absolutely stunning. The views from here across to modern Tel Aviv, especially at sunset are incredible. Meanwhile, the gardens next to the sea are picturesque.

Shops in Jaffa are unique. The small, narrow streets are home to small unique boutiques, design shops and other fascinating shops which you could even think are not shops.

Restaurants and cafes in Jaffa offer the full range of food that Tel Aviv has become known for although there is a wide range of more oriental and Middle Eastern styles of food. For instance, one local institution Dr Shakshuka serves this unique tomato and egg based dish originating from Libya to crowds of natives and tourists alike.

What’s near to Jaffa: HaTachana, Tel Aviv’s Old Railway station is a short stroll up the the Mediterranean Coast. Meanwhile the neighborhood of Florentin offers one the chance to see the ‘old’ South Tel Aviv – still to be regenerated with a fascinating array of shops selling all varieties of products.

The Ilana Goor Museum is located in the picturesque alleyways of old Jaffa, where history is felt in every stone. Goor is a renowned artist who has displayed her sculptures in thewolrd leading galleries; and awarded Roscoe price for best design.
The museum, also her home, is housed in a building over 270 years old, originally an inn for Jewish pilgrims arriving in Jaffa, on their way to Jerusalem. The museum collection boasts over five hundred works of art created by Ilana Goor as well as other artists from Israel and abroad, such as: Agam, Lifshitz, Kadishman, Giacometti, Henry Moore and others.

A visit to the Ilana Goor Museum is an adventure for the senses. Visitors can experience the splendid combination of the building's graceful architecture and rich artistic presentation within, and a breathtaking view of the Mediterranean Sea in the background.
Through the museum, Ilana Goor touches people's hearts and souls and brings them into her life, a life of total art.

A jeep tour in Israel is one of the most amazing and unique ways to experience the country. Taking a tour or safari in the depths of the Negev or Judean Deserts near the Dead Sea, Ramon Crater, or Eilat, beyond where normal cars can go, or in the green hills of the Galilee, is an experience that will remain with you forever. With such a mass of trails only accessible to jeeps, and professional and well equipped guides waiting to take you, make sure you don’t miss the experience to take a jeep tour in Israel.

The Negev Desert is full of off road trails which can be experienced by jeep. It is best to explore with the aide of an experienced guide who will know the terrain and keep you out of any danger. Jeep tours in the Negev enable you to explore the wadis and dunes, the ibexes and other creatures of the desert, and the unique flora and fauna that springs to life after just the smallest drop of rain.

The Negev is a magical place, and it is only when you actually venture into its depths that you can appreciate this. Popular places to take jeep tours in the Negev are at the Ramon Crater, from the hotels at the Dead Sea, and as an excursion from Jerusalem. It is also popular and possible to take a Jeep tour in the Eilat region.

In the Galilee and Golan Heights jeep tours provide a very different outlook to in the Negev. Its remarkably green, Tuscan-like landscape is akin to that of Italy or the Alps, where wine groves straddle the hillsides and small quaint villages house artisans and little hotels. Away from the roads, amazing beauty and history can be seen in this, land, the land of the Bible. A jeep tour in the Galilee or Golan Heights will transcend unique and magical scenes, scenes that have importance in the Bible and have been settled for millenia. The Galilee and Golan Heights are also amazing places to take jeep tours in Israel.
No comments: 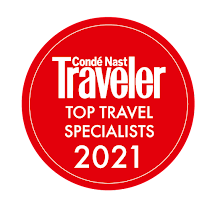