Nazareth, or Natsrat as its name is pronounced in Hebrew, is the cradle of Christianity, the city where, according to tradition, the angel Gabriel told Mary that she would conceive by the power of the Holy Spirit, and the place where Jesus spent his childhood and youth. Nazareth, in the lower Galilee, is located in the heart of a valley surrounded by mountains that embrace several of the most important Christian sites in the world. This is a city of religion and faith, of spirituality and holiness, but also a city with a rich history, fascinating archeology, modern culture and Middle Eastern charm.
Nazareth, which began as a small Jewish village about 2,000 years ago, became a stronghold of Christianity in the Byzantine period, just a few hundred years later. During that period the name of Nazareth spread far and wide, and the yearnings to see the place where the Virgin Mary and Jesus Christ had lived turned the city into a popular pilgrimage site. These visits led to the building of the city’s first church - the Church of the Annunciation at the traditional site of Joseph and Mary’s home. Many more churches have been built throughout the city, and were destroyed and rebuilt with the changes in Muslim and Christian rule over the centuries. In the 19th century Nazareth attracted renewed interest and Christians returned to live in this city and rebuilt churches and monasteries. Today Nazareth is the largest Arab city in Israel and has about 30 churches and monasteries, as well as mosques and ancient synagogues.
A tour of Nazareth is like reliving its various periods. Every era left behind it a powerful symbol that became a delightful and popular tourism site in the modern era. Most of the sites are concentrated in the Old City, built in the mid-19th century in a charming Middle Eastern architectural style. A walk through the narrow streets, between the picturesque houses, is an amazing experience and it is worth walking slowly to enjoy their beauty.

Among the many other churches in Nazareth are the Mensa Christi Church, the Maronite Church, St. Gabriel’s Church and the Salesian Church. The Old City also has important buildings from the Ottoman period, including the Saraya, or Government House, built by Daher el Omar, the governor of the Galilee in the 18th century, and the White Mosque, which is used today as a house of prayer and an education and culture center. The White Mosque also houses a museum with exhibits that document Nazareth’s history.
No tour of Nazareth’s Old City would be complete without a visit to the local market, which has become a popular and well-known attraction thanks to the colorful stalls and the variety of merchandise. In the market you can enjoy a visual feast of fashionable fabrics, taste the spices and local foods, and by artwork and souvenirs. All the sounds, sights, smells and flavors promise an authentic Middle Eastern experience.
Nazareth is full of fascinating and lovely corners that will open your heart to their beauty. Another place that is worth visiting during a walking tour is the Nabi Sain ridge promenade to enjoy the marvelous view of the Galilee. You can visit the ancient Turkish bath house discovered during renovations to one of the city’s stores, take a peek at a fancy manor house with a display of the riches and customs of the Ottoman upper class in the 19th century, including some amazing frescoes. Also worth visiting is the Greek Orthodox bishop’s house, where you can walk through a series of underground passages discovered in the courtyard. Another interesting site is the compound built by the Russians as a hostel for pilgrims.
Nazareth, which has welcomed pilgrims for centuries, has Christian hostels and fancy hotels for the comfort of the tourists who throng to this important site, especially around Christmas. Dozens of restaurants serve delicious foods with wonderful aromas foods that attract visitors all year long. Nazareth is glorious during Christmas, when the city is decorated for the holiday and its colors and excitement join the holy atmosphere and the sounds of prayer emanating from the city’s churches. 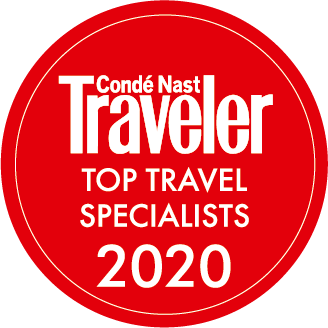